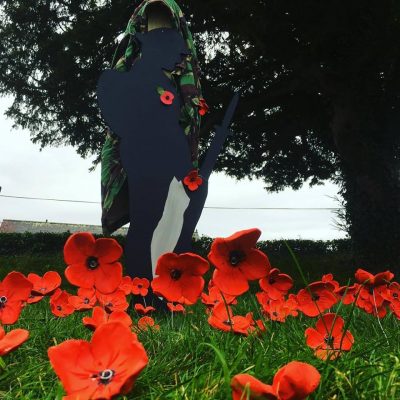 Our focus this November has inevitably been about remembrance; of course as a school we were part of a number of events with pupils taking part in acts of remembrance both in school and in our local community. For me, as ever, the focus at this time is on our remembrance service held at school. This year as it marked the 100th year anniversary of the first armistice I wanted to make a service that was fitting for the occasion. The staff and pupils involved did not disappoint, with outstanding performances from our drama students and our choir. For me the poignancy of releasing each year group in silence to leave the theatre and take part in the physical act of remembrance by each pupil adding a poppy to our display was clear to see. As the rows of seats emptied – first the upper tier and then the lower tier I saw this was a picture of schools throughout the land as the boys left to fight, some inevitably to pay the ultimate sacrifice and never return.

I invited the Kingsley family to remember all that were lost in the war but also to consider those we have lost in life. A book of remembrance was set up in the chapel and well used throughout the day as staff and pupils alike took the opportunity to pause and remember those we have loved and check in on how we are navigating that large black hole where they once were. 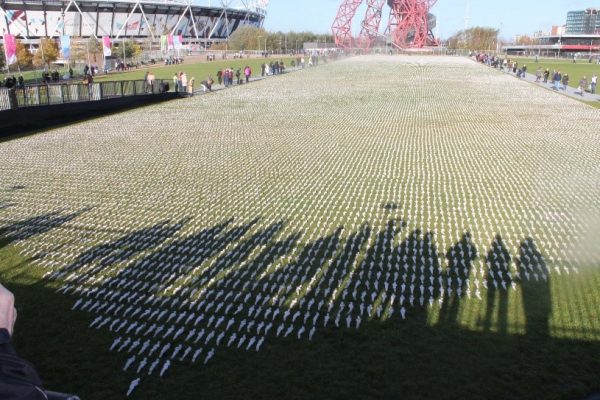 On remembrance day itself Mr Whaley and I travelled to London with our Sixth Form geographers and artists. We had the privilege of seeing the poppy wave at the Imperial War Museum and perhaps, more powerfully, the shroud of the Somme. This incredible installation of small figures wrapped in cloth represented those lost. As we filed around the mass of little figures the names of those soldiers they represented were read from the role of honour. There was a respectful quiet as we walked the path around the figures. At one point, bright sunshine in the sky, I paused to see that our shadows were cast across some of the figures, a picture perhaps of what they gave so that we could live that even though we may not have known them somehow they are part of who we are and how we live.

Simple resin objects in the shapes of figures gave us a connection to the past and it is that connection to objects that I have been encouraging our Kingsley artists to explore after being inspired by an art class with Mrs Last. Mrs Last asked us to bring in an object that evoked a memory, or something that we had a connection to. I chose my Nanny’s jug… not a very exciting jug but it means the world to me. In trying to develop a painting of my jug I wrote its story: I am a plain blue jug not much to write home about. I’m not pretty or decorative but I am functional and useful. I am probably not unique many of us were made but I know I am special and I am loved. I have become a priceless, treasured thing. I used to serve custard at the family table accompanying Nanny’s famous apple pie, now I sit in pride of place on the dresser, a reminder of what once was. Picked up occasionally handled with a sigh and placed back among those treasured things upon the dresser shelf.

As I wrote this little story alongside our artists who wrote their own stories, the very act of writing caused us to pause and remember. Jesus used two everyday items in his culture, bread and wine to give us a focus an opportunity to stop and use these ordinary every day things to remember how much we are loved and the price he was willing to pay. In such an act of remembrance we our reminded that we are priceless, and loved abundantly, these everyday items help us to pause in the busyness of life and reflect on that ultimate sacrifice.

Greater love has no one than this: to lay down one’s life for one’s friends.

Luke 22:19
And he took bread, and when he had given thanks, he broke it and gave it to them, saying, “This is my body, which is given for you. Do this in remembrance of me.”