Do all the good you can

This week has been anti-bullying week.  On Monday we began with an assembly about what bullying is and what it is not.  We talked about bullying being intentionally negative, persistent and related to some imbalance of power in a relationship; age, physical size, or position. We also talked about what it is not; a falling out between two friends, a one-off argument or a disagreement about which game to play.  In my experience most of the bullying that happens within a school setting such as ours is rarely physical and most often verbal in nature; it is often related to jostling for position and in some ways very insidious because it is hidden and subtle. The effects on the victims can be appalling and as schools, we have to do everything we can to prevent it happening. But it really isn’t easy and I don’t have all the answers.

There has been a fascinating and deeply challenging series of interviews on Radio 4’s PM programme this week with victims of bullying; school bullying, bullying at work, from the perspective of a mother and from the perspective of a former bully. One of the most challenging aspects was the evidence from research that the way British society functions in its very hierarchical way means that we are more prone to bullying behaviours than societies such as those in Scandinavia, which are less hierarchical. Perhaps it is obvious; the more layers of power that exist, the more likelihood there is that individuals will use it to their own ends or advantage.  At the same time, as a school, I believe we have a responsibility to equip our pupils with the tools to become the leaders of the future. So how do we make them good leaders, leaders who lead fairly and for all and not just the few? I hope that we do this through inculcating the strong values and ethos that arise out of our Methodist tradition; a tradition that believes in the strong having regard to the weak – the connectio 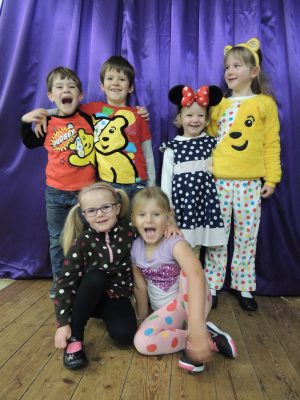 n. Wesley summed it up so well in his invocation:

Do all the good you can

The pupils hear this frequently – at least weekly in assemblies – and I hope that, through the modelling of the staff and their teaching in both the academic curriculum and the activities, the pupils are inspired to live their lives well in a way that serves the common good, taking on the values and ethos that make Methodism so very distinct.

In this respect, I was very proud of the many pupils who attended last Sunday’s Remembrance Parade in Bideford. Henry, Elise, Raife, Tabitha and Logan have all been praised for their participation, carrying the standards for their beaver, cub or brownie packs. Well done also to Daniel in Year 6 for gaining his Headmaster’s Commendation for academic excellence in mathematics and to Daisy, Erin and Lilly for raising £50 from their cake sale for Macmillan Cancer Support.

Talking of great service, it is with great sadness that we say farewell today to Mrs Melanie King, who has been our Junior School secretary for as long I have been here (and much longer, of course!!!). The array of gifts, flowers, chocolates (and balloons) from pupils, parents and colleagues says it all. We shall miss her greatly, thank her for all she has done for us all, and wish her well for her new role.

Finally, today is the annual festival for Children In Need; with pupils coming to school wearing their own clothes adorned with spots; let’s hope that together we can raise an amazing amount of money to contribute to this important national charity that does so much in its work to overcome poverty, neglect and unhappiness for children both here and abroad. It seems appropriate to end Anti-bullying Week on a bright note with this celebration of fun and silliness.