The best rugby squad at Kingsley, since we began, prepared well for our annual tournament at Rendcomb College last weekend. 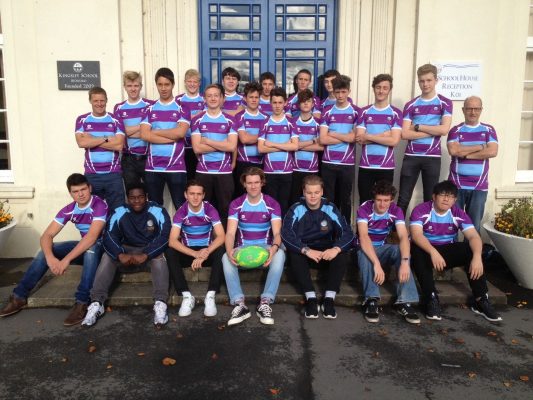 En route, we went to the Gloucester vs. Saracens game on Saturday – a truly inspirational game that had the boys enthused and full of ideas for the following day’s tournament.

Old boy Richard Barrington (Baz) was on the pitch for Saracens.  Since joining the team in 2013, Baz has excelled. Saracens were 25-5 up at half time and looked to be coasting. Gloucester managed to come back and win 36-32 with the last diving try of the game – brilliant and had the locals asking us to come back to support them again!

The tournament games on Sunday were fast a furious – 10 mins each way with 15 mins each for finals.

The score line for our first match against Rendcomb College was 0-0.  The host side beat us comfortably last year, so this was a good start to the tournament. We were camped on their 5m line for the whole of the second half… white line fever ensued! We lost our new influential No 10, Ed, with a hand injury that did not help our rehearsed structures for the rest of the tournament. We should have secured a win but the game was a huge improvement since last year.

St David’s – 17-0. The eventual winners with several Welsh players in their group, gave us a brutal game that saw some niggling injuries again. The boys kept going despite this and learned what intensity at the ruck really means!

Lucton School – 12-5. Finally, we scored.  There was jubilation as our fine Captain Joel smashed over for the try. Again we had our chances and some ‘interesting’ interpretations of the laws by the referee, which meant we narrowly lost to last year’s winners!

Rendcomb College – 3 and 4 the place play-off. Late morning and a large, partisan crowd had turned up to support the hosts. They started quickly and we went in at half time 5-0 down. Both teams were desperate not to lose and amazing displays from both teams were seen. We had our 5m chances again but it was down to Lukas to equal with a brilliant catch and drive from a line-out- just proving how much our understanding of some aspects of the game have improved. In the dying seconds, we had a glorious chance to win only to see Rendcomb steal the ball and run to score at the other end…. Cruel but a brilliant finish to a great weekend. 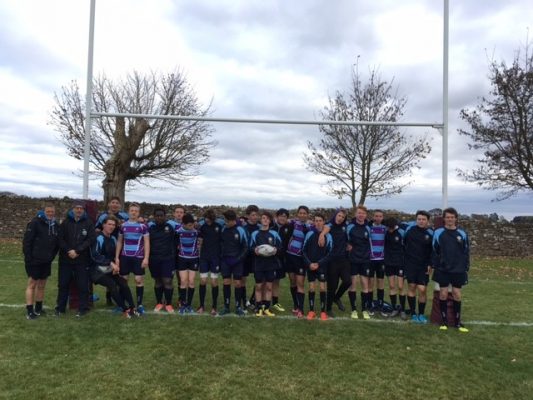 A huge thank you to James McNicoll, Stef Stella and TJ Hyam who have given up countless hours of input to make this happen.

Well done to everyone involved – experienced players through to those who just started this term, all played their part.

Targets next year- get the forwards fitter and take the wins!