As I write this, the half-term has drawn to a close with glorious sunshine and I have just emerged for the Valedictory Assembly for this year’s Year 13 leavers. It was lovely to hear them each share one of their favourite memories in their time at Kingsley and to see them thank those staff who have particularly helped them in their journey through the 6th form (Miss Makepeace, Mr Child and Mrs Flint). One of the loveliest moments in the assembly was when the Year 7 pupils presented each leaver with a small gift that they had made with Mrs Gosai as a way of saying thank you for the support that many pupils have received from the older pupils who have acted as mentors to them throughout the past year. As I reflected on the senior school in assembly today there are many schools where year 7 pupils dare not even look at Year 13 pupils and it is a testament to the character of Kingsley School that such a moment could take place. 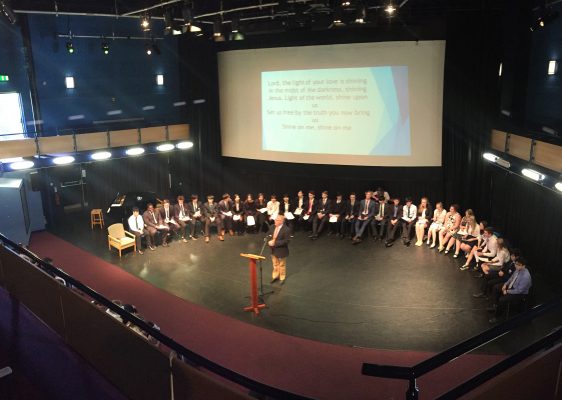 In assembly, I used the illustration of a plant in a pot to make a point about growth and transition. Plants do well in pots as they can be nurtured by the soil and if they are regularly watered and pruned then they will thrive. However, as they grow and develop, the pot can become rather restrictive and can actually start to prevent further growth and development; so they need to be planted on into a larger pot. I made the point clear by taking a very large hammer to the flowerpot which did smash over an impressively large radius; the plant was free! However, without being planted on into a larger pot the plant would most likely wither and die as it is still going to need to be nurtured, watered and, occasionally, pruned. For some this will happen at University, for others it might happen in the working world, but happen it will. This is the role of parents and schools and it has been our privilege to have such a talented, diverse, interesting, varied, exciting and (only occasionally!) exasperating group of pupils here at Kingsley. We wish them all the best as their study leave starts and they see the finish line looming in the distance. 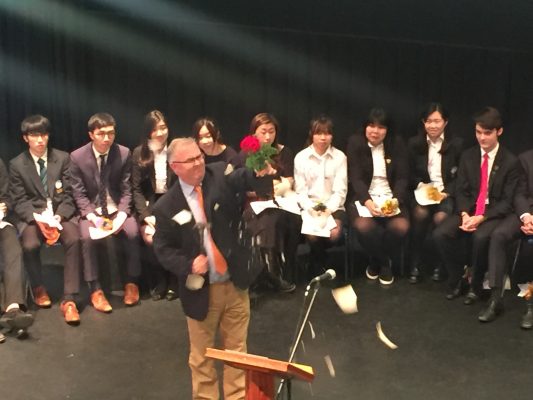 I also wanted to briefly mention how proud I am of the achievements of the cast of this term’s drama production, “The School Film” by Patrick Marber. Those of who you, like me, had the pleasure of watching the performance at school will have appreciated the talents and abilities of the cast. The really exciting news is that the cast has been invited, as one of only 10 schools/drama groups in the UK, to perform “The School Film” in the Dorfman Theatre which is part of the National Theatre on the South Bank in London. This is a huge honour for the cast and we are the only school/group from the whole of the south-west to have been invited to London. In the newsletter sent to parents, you will find a link whereby you can book tickets to see the show in London so if you are able to travel to London on Friday 30th June, please do book now! My thanks to Michele Borsten, Leigh Crossman and Pete Burford for their support and encouragement for the cast and to the cast: “break a leg!” 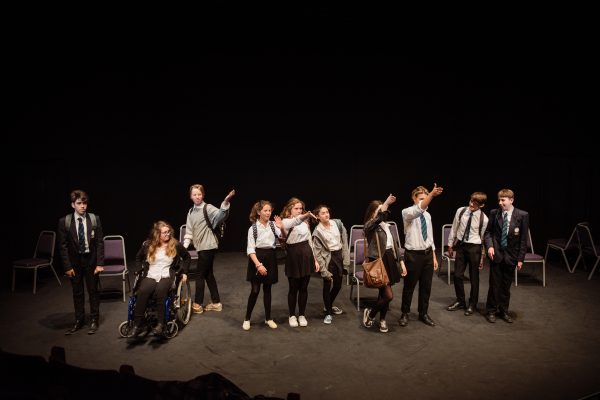 I hope that you will all enjoy a wonderful half-term break. I hope that those who still have revision to do will make the time to do it well and whether you are at home with your children or whether we are looking after them next week under the Kingsley Guardianship programme, I hope that you will have a good week.