It was the turn of our next generation of young Judoka to work their way onto a competitive judo pathway for the first time this weekend.

Many of the U12 club members took part in our successful Kingsley School League Festival Round One. The league competition is designed to help our younger Judoka gain confidence and experience as they continue to learn and develop individual fundamental skills in judo.

The children all enjoyed a taste of sporting competition against each other. We split them into even groups of age and weight and continued to coach and support their efforts during the event.

Many fights produced some amazing throws and high-quality skills for such a young age group.

Willow won her first Gold in the novice lightweight division.
Kyra, who finished last season in 2nd place overall, won another Gold in the intermediate level lightweight girls group to get her 2018 season off to a golden start.

Liam also won his first Gold medal in the league when he overcame a strong challenge from Alexander in the final. Bailey continued his outstanding recent form when he won the boys’ lightweight division. George once again claimed the heavyweight Gold medal, while Noah won the light middleweight Gold.

Finally, Amber picked up her Gold in the middleweight Girls’ group after overcoming Elise and Brooke on route to the top of the podium.

The top two Judoka in the Club, Amie and Zach, then both travelled to Crawley to compete at the Southern Area Open. Amie successfully reached the final in the under 36kilo group, but unfortunately had to settle for a Silver medal, while brother Zach returned to the podium with a bronze medal win in the under 42kilo category.

It was a double celebration for the pair who have also been selected to represent England at a Pre Cadet Tournament in Germany in April. 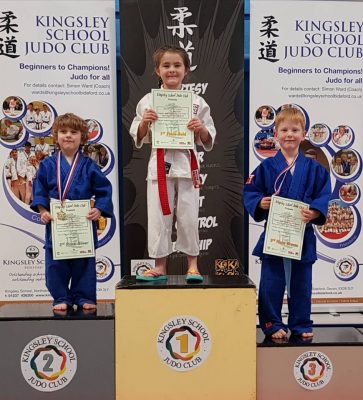 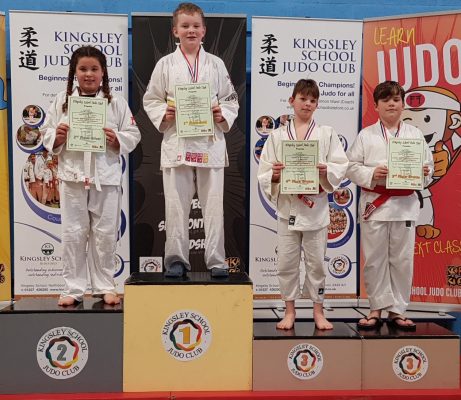 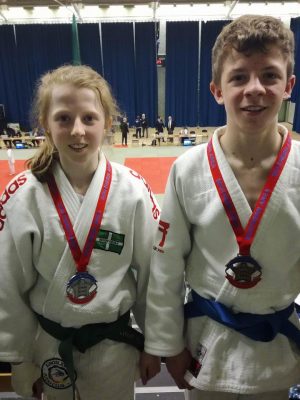