It’s such fun to see the children wearing their Silly Socks, their Terrific Tights or their Terrible Ties (mostly supplied by the dads, who might feel a little hurt to have their favourite ties described like that). It’s all for a good cause, The North Devon Hospice, who are holding their Pitch in Pound Fundraising day today. The children were astonished to find out that it costs £4 million a year to run the hospice – so every contribution, including ours, makes a difference. 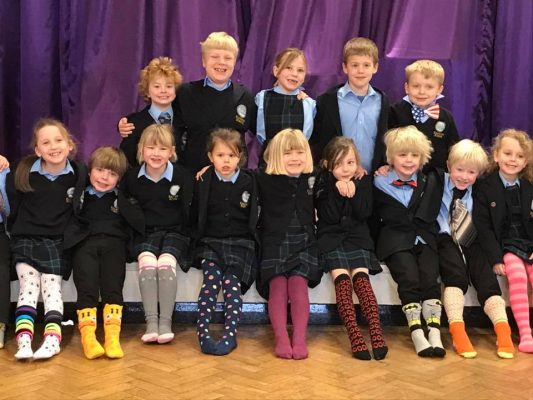 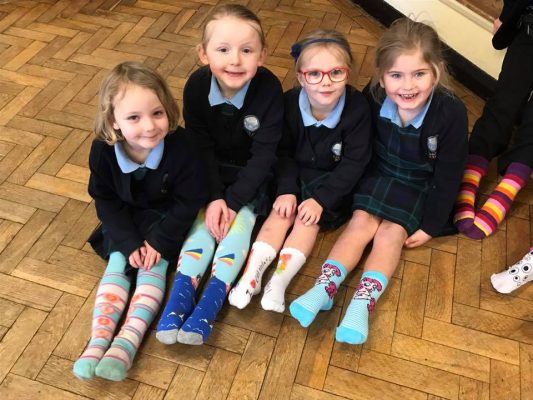 As I walked past the playground, where the children were playing this morning, it really was lovely to see the little flashes of colour from their individual ties, socks or tights, not least because you get a hint of each child’s personality from what and how they have decided to wear. For a moment I wondered whether we should perhaps make at least one item of uniform permanently optional – as a way to allow each child to express themselves as an individual through the clothes they wear. It wouldn’t work of course – anarchy would quickly ensue, with boundaries being stretched, arguments ensuing causing unnecessary stress for all concerned. When does one item become two – is a pair of socks a single item for example? Does wearing a tie, especially a non-school tie, have to be worn around the neck or can it be worn bandanna style around the head? It’s all or nothing! 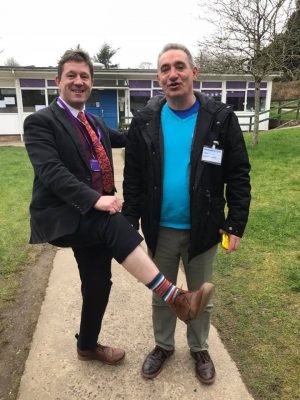 The answer is a mixture of tradition, practicality and school identity. But there is also something about equality and togetherness. By wearing the same uniform we are saying that we want to belong, to be part of something special and that we are prepared to give a little of ourselves to the whole, in the knowledge that we can achieve more together than on our own. I remember seeing a poster in a PE department with TEAM – Together Everyone Achieves More. And maybe the sports team analogy is not a bad one.

So perhaps the answer is that there are lots of sensible reasons to have a uniform, but having the occasional opportunity to express one’s individuality in school is also a good thing, and the very unusualness of seeing the flashes of colour is what makes it special. If it happened every day, we’d have to find a different way to express our individuality. Less is more.

Have a great half-term break and I look forward to a return to normal uniform on our return on Monday 20th February!