Dyslexia: a general term for disorders that involve difficulty in learning to read or interpret words, letters, and other symbols, but that do not affect general intelligence.

This is the general interpretation of dyslexia, but I like to think of it a little differently. For me dyslexia is not a learning difficulty but actually a learning curve. I’m not saying it’s just something that will go away, you have it for life. You just need to learn how to use it to your advantage. For instance Albert Einstein was dyslexic and just look at where he ended up. There are also loads of other famous people who are dyslexic just take a look: 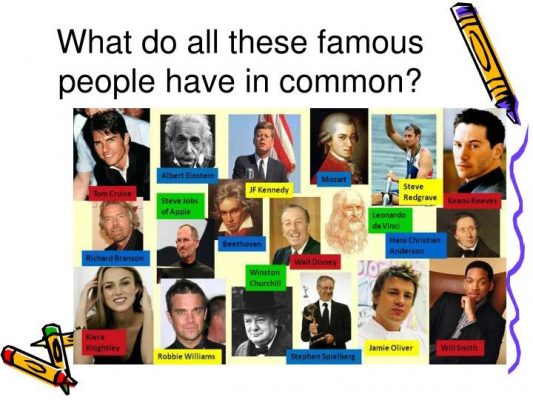 Knowing that there are other people like me in school that have dyslexia means I do not feel isolated. When I look at the list above it makes me feel better about myself because I know I can achieve great things and be who I want to be.