Our game against Exeter yesterday was the closest we have had in years and shows the positive work that has been made by both pupils and staff alike.

Exeter started strongly and went two tries up with some lovely rucking and passing in evidence. It was time for our boys to wake up and Elijah streaked through brilliantly to get the ball rolling. Exeter came back again to score but Oscar managed to rip through the winger to score a wonderful try. Jeff added to this to make it 15 all at half time – it could have been 20-15 if Oscar had not dropped the ball over the line instead of placing it down… a tough lesson learned!

The second half was a tense affair and our crowd on the side-line helped will the ball up the pitch on several occasions. We came close and then Exeter broke to score two brilliant tries. Such is sport… so close to winning and then a loss in the last few seconds.

Well done all and good luck to Mr. Bagnall from Exeter who is retiring after over 30 years at the same school – almost 10 years we have had fixtures against each other and think this was our best and so a fitting way to end. 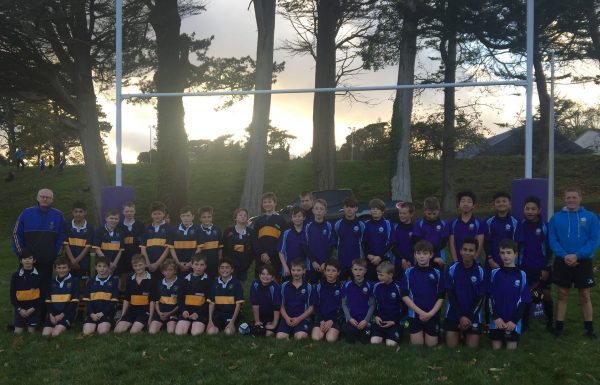