With the bus loaded, bags tied off (although some bags looked as if they were going away for a month), we left the car park and headed off to Kilve Court. Heart FM was played all the way to Taunton, then the children’s playlist began (what is the Panda song all about?).

We reached Kilve Court at 11.15am, unloaded the bus and had our introduction to the site. All the Instructors are nice and friendly. The children didn’t kick a football until about 3.15pm (yes! really, some serious withdrawal). We ate lunch – hot dogs and herby potatoes which were very tasty. We are sharing the centre with another group – they are far noisier than us but we can live with it.

After lunch, we split into 2 groups. The first activities were grass sledging and abseiling (great laugh). After some free time and tea, we were told that at 7.24pm there would be a fire drill. Nothing like being prepared, we had them lined up ready at the fire door at 7.22pm so we were first out but no prize – I shall be complaining to the management! At 7.30pm we went for our night walk, children and adults were suitably scared. We did an hour and 45 minutes walk down towards the beach – it was amazing! No light pollution so we could see the stars including the Milky Way and we could even see Cardiff! 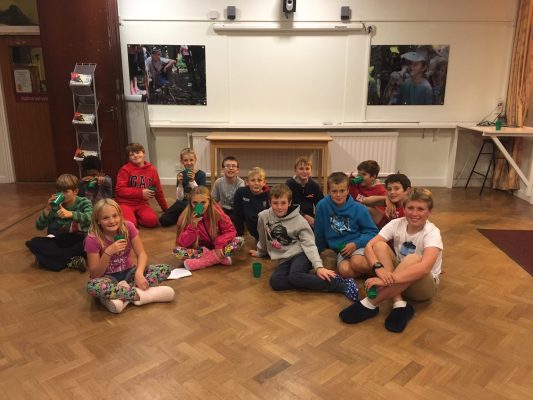 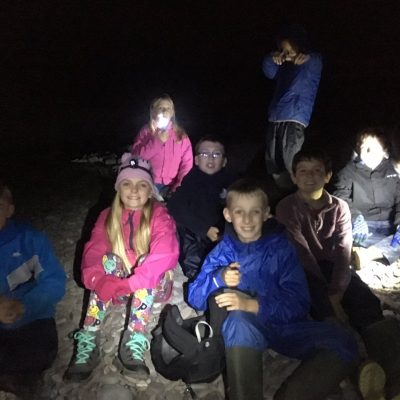